The Straight Skinny on Shaving 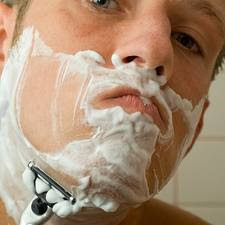 Face it, fellas, nobody actually enjoys shaving. It's a task, a chore, a means to an end, something that has to be done and separates us from lesser primates.

However, it doesn't have to be a disaster. You don't have to look like you got caught in an unexpected fight with a vegetable peeler. I'm a somewhat hairy bastard, and me & the razor have been chummy-chummy for about 25 years now. I'll see if I can impart some helpful tips, both on taming your beard but also the all important shaving of the cranium. I will not, however, give you the How To Shave speech filled with Against the Grain vs. With the Grain crap. You're a grown-assed man and you know HOW to shave. I'm just offering tips to make it easier. 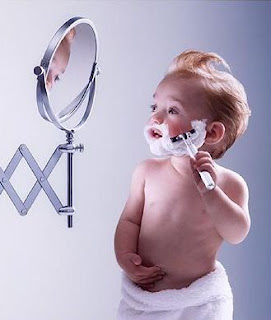 I think most guys experiment with shaving long about the time we hit sixteen, or so. We're desperate to look older and feel more adult, and we somehow think that by growing facial hair and shaving we're that much closer to manhood. Little do we realize that the sooner we start shaving it off and growing it back, the sooner we start a lifetime of scraping our faces with sharpened metal on a regular basis. At first we relish that it grows back faster and coarser, because we're suddenly all manly & shit, and then after a few years you yearn for those childhood peachfuzz days. A lot of us remember either mock-shaving alongside Dad on the weekend or wasting half a can of shave cream messing about with an old Gillette safety razor without the blade in it. That's what gets us in the thought process of needing to shave in the first place. 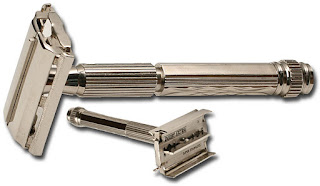 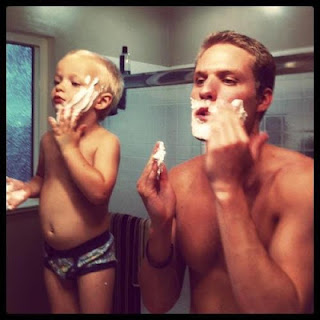 I had a wee stripe on my upper lip when I joined the Army and barely needed to shave once a week. Boot camp started the daily shaving regimen, as the military frowns upon facial hair, and after my soldiering days were over I let the facial hair grow out a bit. I couldn't bear the thought of a big bushy Grizzly Adams beard circa 1977 so I went with a short jawline beard, longer than the Don Johnson or George Michael stubble but still pretty short. I kept that for a couple years and then decided to go with a Van Dyke goatee, since that was all the rage at the time.

I kept the goatee for several years before going back to the jawline beard. It breaks up the roundness of my face pretty well. Y'know, fellas, you really have to pick your facial hair design to compliment your face's  shape. If you have a narrow long face, a long beard just makes it that much longer. If you have a Charlie Brown-type round melon, a beard makes it less round. Honestly, I would avoid just a mustache by itself. The solo 'stache is a weird 70's retro throwback that calls to mind skeevy porn stars and used car salesmen.And unless you're Amish, a Mennonite, or a tugboat captain, a beard sans mustache is also a no-go.

I recommend you get an inexpensive trimmer to keep the facial hair tidy. The average one is about 20 bucks. Mine is a Wahl and works great. To trim things down, start with the guard that gives the longest hair, trim things up, and if that isn't short enough to suit you, keep going with shorter guards till you achieve the desired effect. I myself use the shortest guard.


Something that generally benefits your skin is to exfoliate. That scrubs away the dead skin cells that, among other things, can clog your razor and keep the blade from making good contact. You can go with the St. Ives Apricot scrub, and I hear that AXE has a new scrub. If you're really feeling like treating yourself invest in the minty scrub from Clinique. Yeah, I know, I know...it's from the makeup counter at the upscale mall store but it works. It used to come in a cannister jar but now I think it's in a more manly tube. 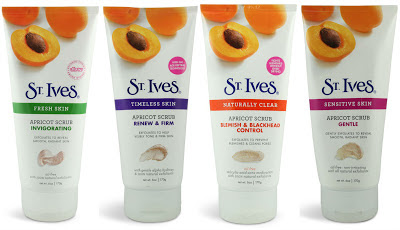 Another helpful tip: shave in the shower. Sure, we're used to the tried & true shave-in-the-the-mirror-at-the-sink method. The benefit of the sink is it's usually well-lit and you have a big mirror to work with. Admittedly those fog-proof shaving mirrors for the shower are seldom very clear or very fog-resistant, let alone fog proof, but it's still a worthwhile investment unless you really think you can do it strictly by feel.


Why the shower? Two very solid reasons. First, the key to a great shave without getting razor burn is lubrication & moisture. Your skin (and the shave lather) can dry out at the sink and that can cause nicks and scrapes. I only shave at the sink as a last resort. The other reason is the hot water will soften your whisker bristles and make for an easier shave.

Neither for me. Sure, you can use the cheaper jumbo can of Barbasol we grew up on. It's been around forever and it's easy on the wallet. For me, though, I've found that lathery creams clog the bejeezus out of the razor. And the gels, like Edge or Gillette...they look all cool & sci-fi hi-tech when they hit your palm in a blue gel puddle, but, well, when you lather it, what does it become? Shave Cream. Less thick than the Old School Cream, but still cream nonetheless.

I gave up the gels & what not when I started to shave my head. I was really concerned about razor rash and shaving bumps on my melon, especially the first few shaves, so I decided to try the more exotic approach. I can recommend three products, all readily available and reasonably priced. The first one I tried was Bump Stopper Shave Gel. It's a bit thick and tended to clog the razor almost as bad as shave cream but it's easy on the sensitive skin of your scalp. I then tried Bump Patrol, and it works great, both in the shower and at the sink. I like it a lot. I recently tried the shave gel from Bald Guyz, and it works better in the shower than at the sink. 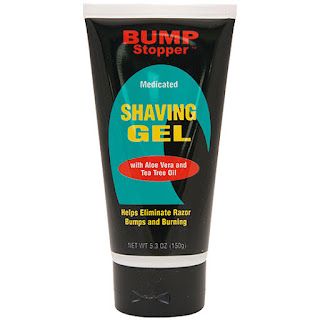 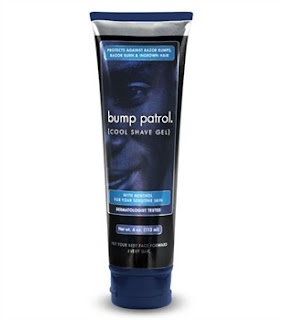 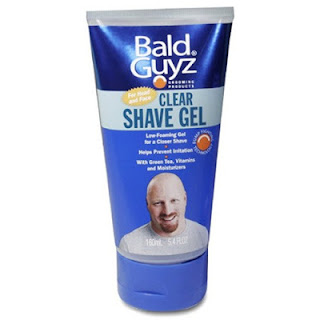 RAZORS: What to use?

Yeah, that's the $25,000 question. Every time I turn around there's some hot new razor on the market with slick new features and 26 blades and lasers and soothing strips and a latte maker...and they all promise the greatest shaving experience ever. Bullshit.

I can't see paying ten bucks for the razor and twenty for new blade cartridges, and then six months from now the razor is no longer sold and you need to switch again. I honestly get just as good results from disposable razors. Not the cheap-assed flimsy ones. Those are only single or double bladed and will hack you to ribbons. They make disposable clones of several of the big-name 3 and 4-blade refill razors and they work just as good. It's up to you though on refill vs. disposable razors.

What about an electric razor? Honestly, I have never found an electric that gave me anything resembling a clean, close shave. If you have, more power to you. 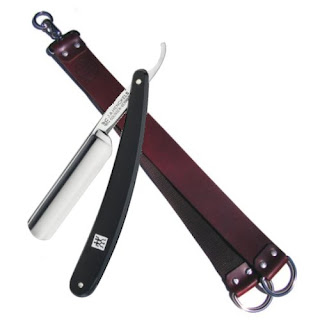 How about a splash of after shave? Um, no. Nothing like slapping some alcohol-based stink-infused potion into your open pores and freshly-scraped skin to make you wish you'd been smarter. Ask yourself why you would do that... If you're doing it for the great smell of Brut, slap yourself. That's what will make you smell like a strip club bathroom, layering an after shave on top of your body wash and deodorant combo to clash like hell. (I'll be covering this in an upcoming post). But if your skin is irritated and you need a post-shave soother, that's another matter entirely. There are a variety of products out there, like the ones from Neutrogena and Nivea, but I use the Gillette when I'm irritated from shaving too fast in a hurry. Just get the unscented one so it doesn't clash with your body wash and deodorant. I'm curious to try the new one from Axe though.

Shaving cuts? Invest in a styptic pencil. Trust me.

Okay, gents. That about covers it. Go forth and sin no more. Who's got your back? I do. 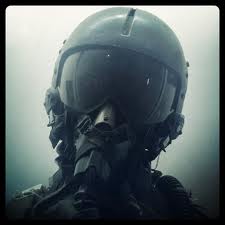