Know Your Poisons: The Demon Rum 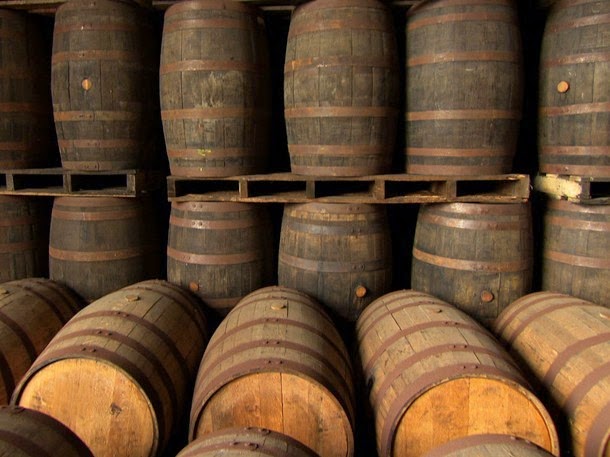 Rum is a distillation made from sugarcane byproducts, such as molasses, or directly from sugarcane juice, by a process of fermentation and distillation. The distillate, a clear liquid, is then usually aged in oak barrels. Rum is often described in Spanish as being ron viejo ("old rum") and ron añejo ("aged rum").

The history of rum is rooted in the sugar trade. When sugar plantations in the Caribbean found that when the molasses leftovers from cane processing was mixed with water and left in the sun it fermented (duh) and we all know that what ferments can most often be turned into hootch. By the 1650s what was once a waste product was being distilled into the signature spirit of the region and became a staple on sailing ships. In the English colonies it was called Kill Devil or rumbullion, later shortened to rum.

Within the Caribbean, each island or production area has a unique style. For the most part, these styles can be grouped by the language traditionally spoken on the island. Due to the overwhelming influence of Puerto Rican rum, most rum consumed in the United States is produced in the 'Spanish-speaking' style.

English-speaking islands and countries are known for darker rums with a fuller taste that retains a greater amount of the underlying molasses flavor. Rums from Trinidad and Tobago, Grenada, Barbados, St.Lucia, Belize, Bermuda, Saint Kitts, Jamaica, and the Demerara region of Guyana are typical of this style.

French-speaking islands are best known for their agricultural rums (rhum agricole). These rums, being produced exclusively from sugar cane juice, retain a greater amount of the original flavor of the sugar cane and are generally more expensive than molasses-based rums. Rums from Haiti, Guadeloupe, and Martinique are typical of this style.

Spanish-speaking islands and countries traditionally produce añejo rums with a fairly smooth taste. Rums from Cuba, Guatemala, Panama, the Dominican Republic, Nicaragua, Puerto Rico, Colombia and Venezuela are typical of this style. Rum from the U.S. Virgin Islands is also of this style. The Canary Islands produces honey rum known as ron miel de Canarias and carries a geographical designation. 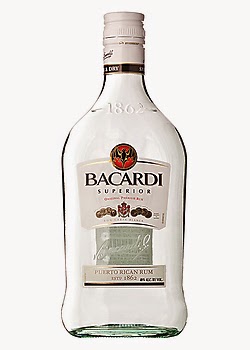 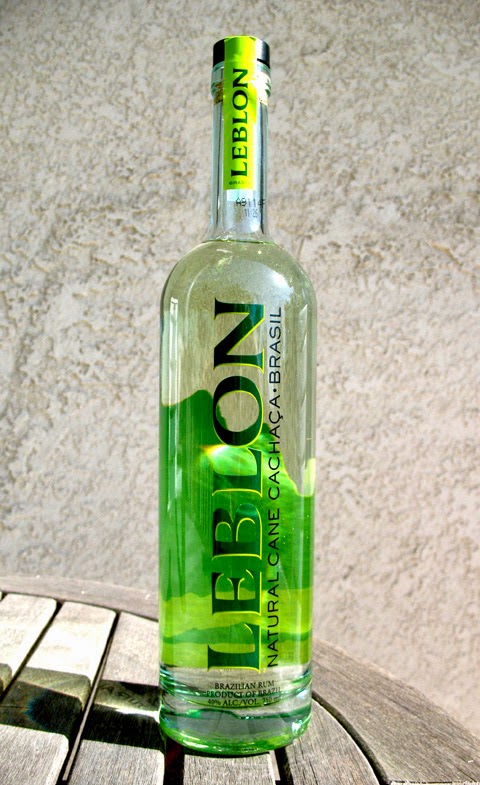 Unlike some other spirits, rum has no defined production methods. Instead, rum production is based on traditional styles that vary between locations and distillers.

Sugarcane is harvested to make sugarcane juice and molasses. Most rum produced is made from molasses and in the Caribbean region much of this molasses is from Brazil. A notable exception is the French-speaking islands, where sugarcane juice is the preferred base ingredient. In Brazil itself, the distilled alcoholic beverage derived from cane juice is distinguished from rum and called cachaça. 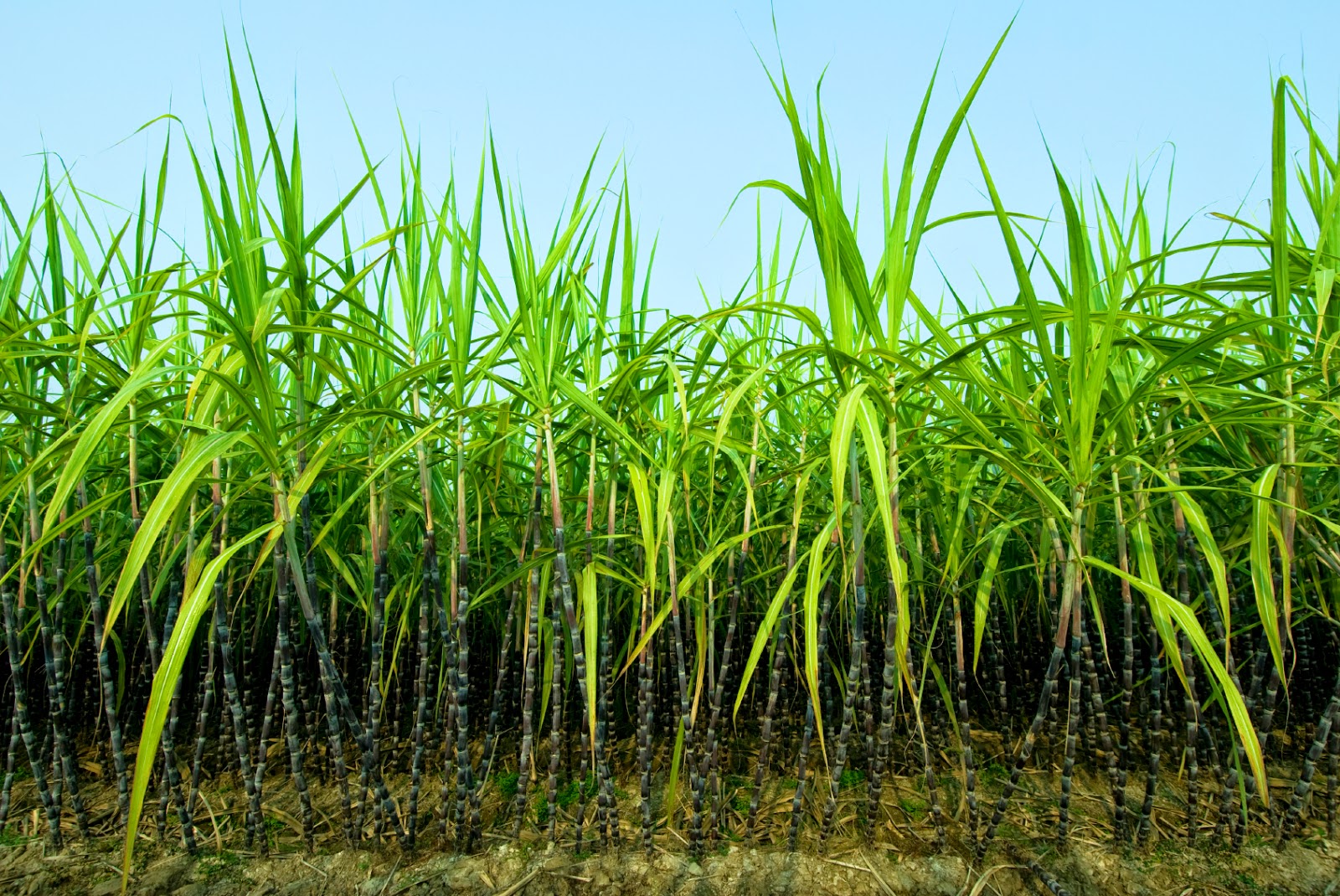 Yeast and water are added to the base ingredient to start the fermentation process. While some rum producers allow wild yeasts to perform the fermentation, most use specific strains of yeast to help provide a consistent taste and predictable fermentation time. Dunder, the yeast-rich foam from previous fermentations, is the traditional yeast source in Jamaica. Distillers who make lighter rums, such as Bacardi, prefer to use faster-working yeasts. The use of slower-working yeasts causes more esters to accumulate during fermentation, allowing for a more fuller-tasting rum.

As with all other aspects of rum production, no standard method is used for distillation, either. While some producers work in batches using pot stills, most rum production is done using column still distillation. Pot still output contains more congeners than the output from column stills, so produces fuller-tasting rums. 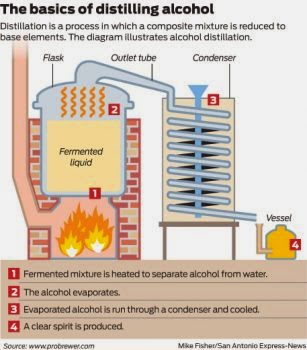 With pot distillation, you put a batch of fermented liquid called mash into a copper pot. You cap and seal the pot and heat it. As the liquid heats up, the alcohol in the liquid boils first (because alcohol boils at a lower temperature than water does) and turns to vapor. The alcohol vapors rise up into the head of the still; then they're drawn off into an arm and then to a coil. The coil is submerged in cool water, which condenses the alcohol back into liquid. The liquid alcohol, called neutral spirits, runs out of the coil and into a collection vessel. 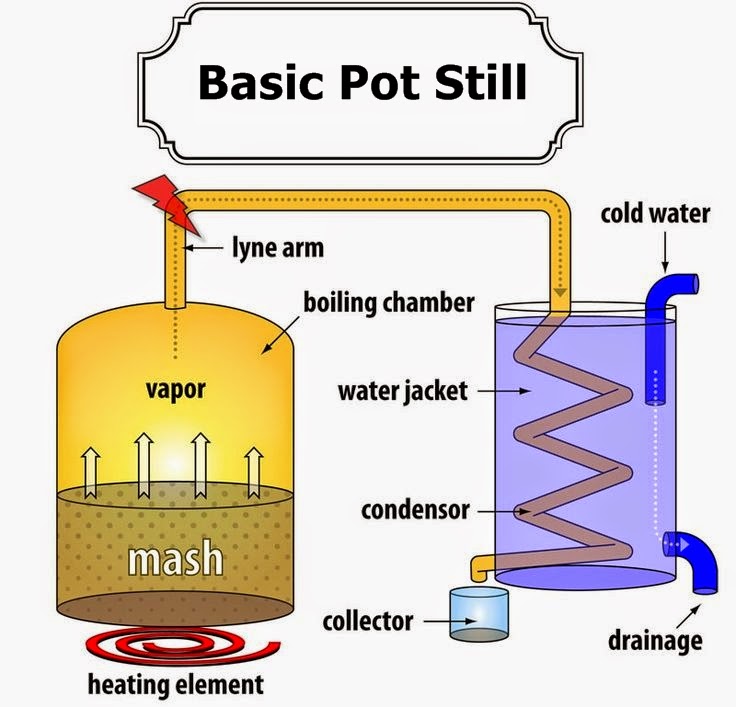 Now, the vapors that rise are never purely ethanol. If they were, every batch of liquor, whether you’re distilling vodka, rum, tequila, gin, whiskey, or brandy, would taste like Everclear. The vapors are a mix of alcohol and congeners and other compounds that provide flavor and aroma. Congeners are substances other than alcohol produced during fermentation. Congeners are responsible for most of the taste and aroma of distilled alcoholic beverages and many believe that these substances contribute to the symptoms of a hangover. The more times a spirit is distilled, the more impurities and excess congeners are removed.
A pot still allows a distiller to make only one batch of spirits at a time, and so the still needs to be emptied out and cleaned up before the next batch can begin. Also, pot stills can only distill to a certain level of purity: usually between 60 and 80 percent alcohol by volume. 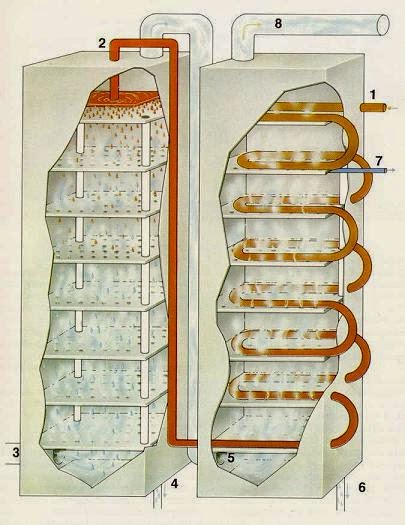 The alcohol vapor is diverted out of the top of the still and into a condenser, where it condenses out into liquid again. In some cases, the spirit is then redistilled at least once, sometimes in a pot still, sometimes in another column still.

Pot stills are made of copper. Column stills are sometimes made from copper, sometimes from stainless steel, or sometimes from a mix. Of you might find an all-stainless still with copper elements inside it. Why all the copper? Copper strips most of the sulfur that arises naturally during fermentation. It lends a sour taste to spirits, so it's best to remove it. Sulfur reacts with copper to form copper sulfate, which separates from the distillate, removing the rotten egg sulfur aromas from the final product.

Thus endeth the lesson in distilling alcohol. Now, back to the rum.

Due to the tropical climate common to most rum-producing areas, rum matures at a much higher rate than is typical for whiskey or brandy. An indication of this higher rate is the “angels' share”, or amount of product lost to evaporation. While products aged in France or Scotland see about 2% loss each year, tropical rum producers may see as much as 10%. The opposite of the Angels’ Share is the Devil’s Cut, or essences of the aged liquors that remain trapped in the wood of the aging casks. More on that when we get to whiskies.

After aging, rum is normally blended to ensure a consistent flavor. Blending is the final step in the rum-making process. In fact, blending is common in many distilling operations, especially in Scotch and other whiskies.
As part of this blending process, light rums may be filtered to remove any color gained during aging. For darker rums, caramel may be added to adjust the color of the final product. 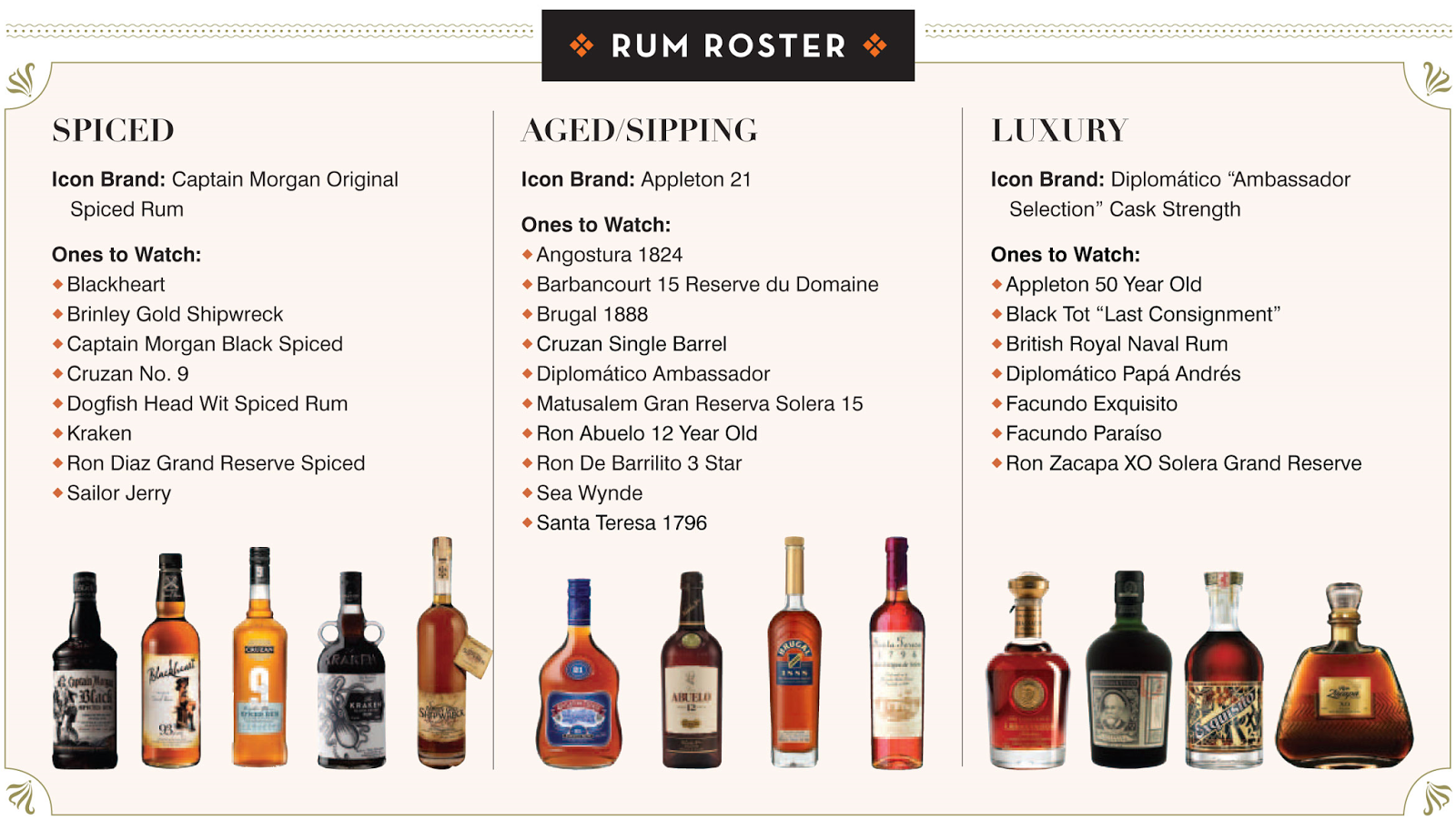 Dark rums, also known by their particular color, such as brown, black, or red rums, are classed as a grade darker than gold rums. They are usually made from caramelized sugar or molasses. They are generally aged longer, in heavily-charred barrels, giving them much stronger flavors than either light or gold rums, and hints of spices can be detected, along with a strong molasses or caramel overtone. They commonly provide substance in rum drinks, as well as color. In addition, dark rum is the type most commonly used in cooking.

Flavored rums are infused with flavors of fruits, such as banana, mango, orange, citrus, coconut, starfruit or lime. These are generally less than 80 proof. They mostly serve to flavor similarly-themed tropical drinks but are also often drunk neat or with ice. 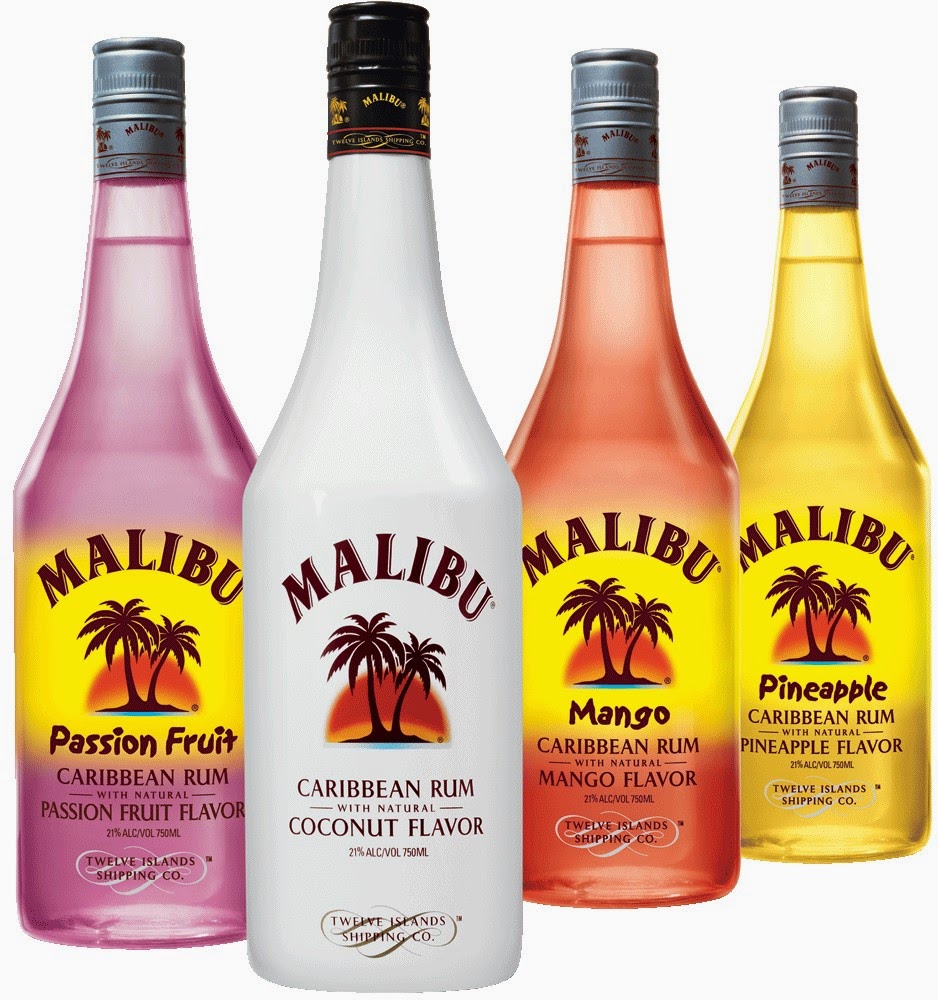 Gold rums, also called "amber" rums, are medium-bodied rums that are generally aged. These gain their dark color from aging in wooden barrels (usually the charred, white oak barrels that are the byproduct of Bourbon whiskey). They have more flavor and are stronger-tasting than light rum, and can be considered midway between light rum and the darker varieties.

Light rums, also referred to as "silver" or "white" rums, in general, have very little flavor aside from a general sweetness. Light rums are sometimes filtered after aging to remove any color. Brazilian cachaça is generally this type, but some varieties are more akin to "gold rums". The majority of light rums come from Puerto Rico. Their milder flavors make them popular for use in mixed drinks, as opposed to drinking them straight. 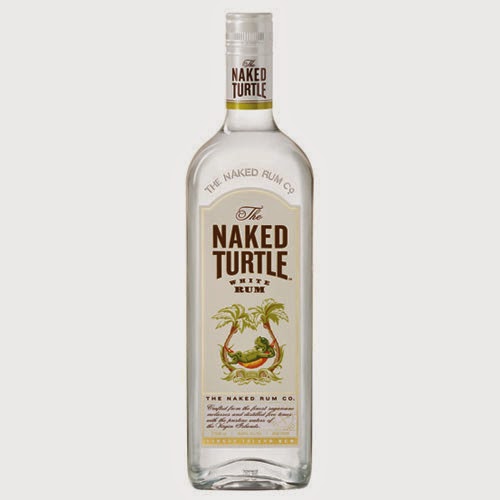 Overproof rums are much higher than the standard 80 proof, with many as high as 150 proof to 160 proof available. They are usually used in mixed drinks. The prime example of an overproof is Bacardi 151.

Premium rums, as with other sipping spirits such as Cognac and Scotch, are in a special market category. These are generally from boutique brands that sell carefully produced and aged rums. They have more character and flavor than their "mixing" counterparts and are generally consumed straight.

Spiced rums obtain their flavors through the addition of spices and, sometimes, caramel. Most are darker in color, and based on gold rums. Some are significantly darker, while many cheaper brands are made from inexpensive white rums and darkened with caramel color. Among the spices added are cinnamon, rosemary, absinthe/aniseed, or pepper.

Okay, gents. Now you know all about rum. Go forth and drink responsibly and intelligently. And while we’re at it, have a recipe or two. 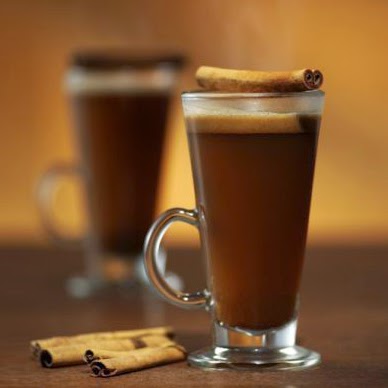 In a mug, stir together the butter, brown sugar, honey and spices until they’ve formed a batter. Add the remaining ingredients and stir vigorously until the batter is fully dissolved. Garnish with a cinnamon stick. 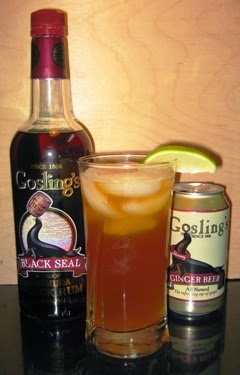 In a highball glass filled with ice add 4 - 5 oz of Gosling's Stormy Ginger Beer
and top with Gosling's Black Seal Rum. Garnish with a lime wedge.