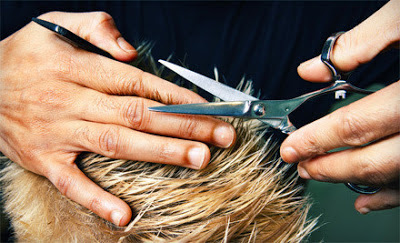 Okay…Like I said before, it’s my intention to give a few lifestyle tips to you fellas out there, guys who may be a little more high-maintenance than the average schlub but don’t want to be a priss. You guys are, like me, Mojosexuals.

I’m a blue-collar guy with white-collar sensitivities. I like to take care of myself without being a fop, and definitely without spending oodles of cash. Take the haircut for example. I think if you pay more than 15 bucks for a haircut, you should be punched in the throat for being blatantly stupid, especially if you’re finicky about your hair (like I was when I had hair) and get it cut often, and by often I mean more than once a month. Perhaps we’ll start with hair, then.


The only people who pay more than 15 bucks for a haircut are Hollyweird types and Presidential-wannabe and adulterer John Edwards, who twice let the Democratic National Convention pick up the $400 tab for his haircuts while screwing his mistress as his wife died from cancer. New York “stylist” Orlando Pita charges $800.00. I'm not sure who's a bigger assclown: him for charging that much or the twunts who pay that much for a haircut.

In Manhattan, a moderately-priced snip can be $125.00, but people there tend to be narcissistic and somewhat stupid with their money. I once read where the average price of a haircut in America is $45.00, according to the Professional Beauty Association. That’s freakin’ nuts. It’s HAIR, people. It grows, you cut it, end of story. I averaged a haircut every 5 weeks or so before I started shaving it bald, which on average would mean 10 haircuts a year. If I was a dolt who paid 45 skins for every snip, that’s $450 before tips. That’s just about one haircut shy of the cost of a season-ticket package to my local hockey team., or about the same cost retail of a Walther PK380 semi-auto pistol. See? There are better things to spend your ducats on than haircuts.

Now, I’m sure than not all of you keep your hair as short as I did. By personal choice, I generally kept mine at ¼ inch on the sides and ½ inch on top, well within military regs. Personally, the easiest way to accomplish that was to lean over the sink while my Mrs. Wingman shaved my head with a set of clippers. Total cost: free.Free is always the best. Now I shave it with a good old fashioned razor, right to the skin.

However, were I to be still paying for haircuts, I would certainly not be dropping 45 skins a trim. The Mojosexual Male doesn’t frequent mall salons like The Hair Cuttery or Fantastic Sams. I have nothing against those places, but face it, the real reason that you pay that much isn’t because you’re getting some extra-special haircut. There’s the Shampoo Girl, and a buxom stylist with a succulent ass and hair teased up to the rafters selling sex as well as a haircut, figuratively not literally. Then there’s Sports Clips, preying upon the idiot male psyche by advertising that you can get a haircut while you watch sports. Please…how fucking insecure in your own manhood must you be that you require a salon full of cheerleaders cutting your hair surrounded by sports paraphernalia on the walls and mountains of TV’s playing non-stop sports? Oh, plus they do steamed towels and a neck/shoulder massage too. Gee, how much for a Happy Ending? A trim and some trim? You’re there for a 15-minute haircut, not a 4-hour football game.


There are also upscale men's salons in most cities that cut your hair, do your nails, rub your neck, wax your brows, trim your beard, and leave you with blue balls just like the mall salons, but they add brass fixtures, marble floors, plush leather couches, and Playboy Magazine in the waiting area. More like a Mad Men board room than a barber shop. In downtown Charleston, located inside one of the priciest pieces of real estate in the city on Vendue Range, we have Gent's Barber Spa.  There's a chain in other cities called American Male Salons. Sure, we're borderline high-maintenance, we Mojo Men, but the idea is to look good without pissing away the fundage or coming off as a misogynistic stereotype.

You’re getting a haircut, not getting your coif styled. No bangs, no feathers and wings, and sure as hell no mullets. Look in the phone book and find a good, old-fashioned barber shop, full of old-school professionals who were cutting hair when you were a tadpole. There’s a lot of wisdom to be gleaned from a conversation with a barber while you’re in the chair, kinda like a bartender but safe to drive home afterwards. For ten bucks, my last barber shop gave me a cut, razor-trimmed my neck, and put a little tee-tree oil on my scalp, all in under fifteen minutes. 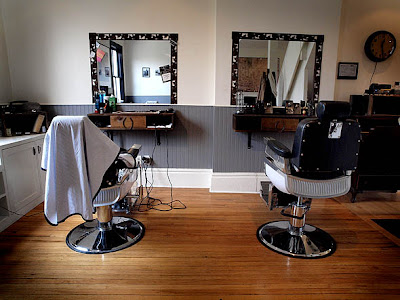 Look, you don’t need some chick washing your hair before it gets cut. Wash it yourself, snapperhead. You’re paying for a haircut, not a feel-up with bewbz in your face. Go buy a lap-dance, you desperate perv. And if it’s still so long after being cut that it requires blow-drying afterwards, then you didn’t get it cut. Try again, Fabio.

As far as taking care of your hair goes, short Mojo hair requires very little maintenance other than a decent shampoo. I suggest using something with a built-in conditioner, but should you require the occasional extra dose of conditioner, Fructis makes a really good one that comes in what looks like a wee green baseball, called Fortifying Deep Conditioner. The shampoo line from AXE is really good.

Do I have suggestions for hair gels and goops and other such nonsense? Not really, since Mojosexual Males aren’t THAT high-maintenance, and my hair hasn’t been long enough to gel in about 10 years anyways. However, if you insist on spiking up whatever hair you have left after a manly inexpensive haircut, try Bedhead Manipulator, Abba Forming Polish, or Loreal Crystal Wax.The line of hair products from AXE work well, too. Back when I had hair I experimented with some trial sized samples and found them quite good.

Maintaining a good haircut shouldn’t break the bank. There’s more intelligent things to spend your dough on and you don’t wanna look like you just stepped out of a Winger video from 1990. That's not a good thing. 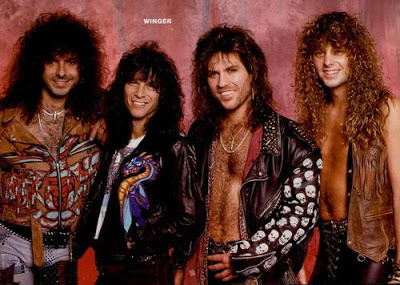