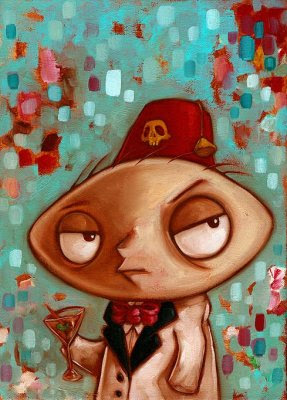 This is not my first attempt at a blog for doling out advice to guys. I tried it unsuccessfully once before as a series on my other blog site but it garnered no real interest at the time and I just let it die. Here I am, six years later and six years wiser (or jaded if you will) and I decided to kick the can one more time.

Here is the resurrection of that original blog post from July of 2007...

About 4 years ago, after I kicked everyone’s ass in a game of Battle of the Sexes, my cousin’s boyfriend (now her husband) joked to me that I was “one sexual preference away from being a raging homosexual”. I wasn’t offended and took the comment in the spirit in which it was intended. I knew what he meant.

I’m an avowed, strict, devout heterosexual. Of that there’s never been a doubt in my mind. But there are a lot of habits and mannerisms I have that over the years have caused others to kinda wonder at times. I’m a little high-maintenance about my grooming and clothes at times. I like to shop, I’m a good cook on an eclectic experimental level and I watch FoodTV, I never played any sports in school, I don’t really like strip clubs, I know a bit about wines, I own a kilt, and as they said in the film Steel Magnolias, all gay men have track lighting and all gay men are named Mark, Rick, or Steve. Well…..I don’t have track lighting but I do like it, and we already know my name.

But then you look into my music collection. I’ve always been a huge fan of synth-pop and club music, basically the average playlist at most gay clubs. Bands like Erasure, Depeche Mode, Pet Shop Boys, Morrissey, and The Cure don’t exactly conjure up images of manly hunters and Viking warriors. It gets especially bad when I start singing along to ABBA.

A couple years ago there was a term bandied about that was pretty trendy, the word “metrosexual”. Metrosexual is a word describing men who have a strong concern for their aesthetic appearance, and spend a substantial amount of time and money on their images and lifestyles. In an article at Salon.com, writer Mark Simpson stated "The typical metrosexual is a young man with money to spend, living in or within easy reach of a metropolis – because that's where all the best shops, clubs, gyms and hairdressers are."

I looked at being “metro” as an interesting nomenclature. Straight guys in touch with the finer aesthetics in life, as opposed to knuckle-dragging uber-male assholes in tattered jeans & flip flops and their douchebag sidekicks. But there were just a few snags…

It’s hard to be a self-absorbed Metro when you’re: A) Not self-absorbed, and B) not possessing an unlimited supply of disposable income to pamper one’s self with. Instead, I offer you, the Modern Man of the Millennium, a new and improved social label with which to grace yourself. If you’re between 21 and 45, concerned about being stylish without looking like a total foppish douchebag, and want to take care of yourself without breaking the bank or seeming like Richard Simmons, I have your new label. Doesn’t matter whether you’re straight, bi, gay, or like to self-gratify using pats of nootrishus butter, I have your label. You, my friend, are the Mojosexual Male.

The Mojosexual is a guy who has flair without being ostentatious, is well-read and able to acclimate to any social situation, and takes care of himself without busting the bank. A Mojosexual Male looks good without looking high-maintenance, and more importantly, without truly acting or being high maintenance. Being labeled Metro died a couple years ago after Queer Eye For The Straight Guy crapped out and the newness of the word faded. The Mojosexual is a classically modern Renaissance Man unconcerned about trendy crap.

In homage to Glenn O’Brien, The Style Guy for GQ Magazine, I want to extend my services to my loyal readers. In the coming weeks I’ll teach you, my Mojo Minions, with tips on how to take care of your skin, how to shave without looking like you were raped by a cheese grater, how to tame that mop you call hair, how to accessorize your wardrobe on a working man’s budget, maybe learn ya’ a bit about wine and good food, and answer any style questions you might have. Feel free to email any lifestyle questions to me at steve@lightningman.org . The Mojosexual Males demand to be heard, and I’m listening.
Posted by Steve: The Lightning Man at 23:01